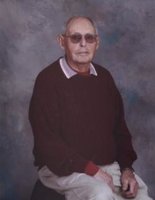 Boyce, Richard George ~ Passed away suddenly on Sunday, August 18, 2019, one month shy of his 85th birthday. Richard leaves behind his wife of sixty-five years Joyce, his sons Peter (Michelle) and Ken (Joanne), his beloved grandchildren Melissa, Kevin, Susie (Nico), Renee, Kate, Emily (Alex), Spencer and Lindsay and great grandchildren Sofie, Olivia and Madden and son-in-law Kevin McNamara. He also leaves behind his brother Wallace (Myrna) and their families. He was predeceased by his beloved daughters Susan and Debbie, his siblings John and Gwen and granddaughter Rebecca.Richard was a hardworking, energetic person. He did many different jobs in his early years including plumber’s helper, house painter,and sailor and eventually was hired at GM in St. Catharines where he worked for thirty years, a good portion of those years in the powerhouse on Ontario Street. While still working at GM he and his wife started a flower business, Centennial Florist, which operated for forty-three years, just recently closing in June of this year. In his short retirement, he was still very busy with projects around the house. Richard had a somewhat difficult family life in his younger years, so when he had a family of his own that family was very important to him. His greatest joy came from his relationship with his grandchildren, who he loved strongly and was always their greatest supporter. Richard also had a strong faith, and he practiced this faith through his involvement in the United Church, specifically Westminster United, Memorial and Silver Spire Church. Over the years he had served different positions in the various churches, but he was most proud of his involvement in Sunday school as teacher and Sunday school superintendent.Richard loved his garden, going camping, and especially his annual fishing trip with the guys of the Young Brothers fishing group. (He was really pleased that the last few years his grandson Kevin was able to attend.) Richard also enjoyed telling a story and sometimes would tell it more than once just so you would not forget it. He also served as a past president of the Grantham Lion’s and over fifty years as a member of the Seymour Masonic Lodge no. 277. Richard will miss seeing the friends he made over the years in church and through business. Our family would like to thank the first responders and the staff at the ER at Niagara Health, St. Catharines Site for their professionalism and caring, it is greatly appreciated. Visitation will be held at Patrick J. Darte Funeral Chapel, 39 Court St., St. Catharines (905-685-6584) on Friday, August 23, 2019 from 2pm to 4pm and 7pm to 9pm. A funeral service will be held at Silver Spire United Church, 366 St. Paul St., St. Catharines (905-682-8328) on Saturday, August 24, 2019 at 10:30am. Interment in Victoria Lawn Cemetery. Memorial donations to either the Lincoln County Humane Society or Silver Spire United Church would be appreciated.